Starbucks Admits to Using Google+ For SEO More Than Social

Call to Reserve your Spot

All Websites include Professional:

Get Back In the game!

Did you know that nearly half of the 540 million active users on Google+ do not visit the social network?  Yet Google continues to push Google+ on businesses especially local businesses.  So should you ignore Google+ for your business?  We would suggest not to ignore it and use it for SEO purposes to help your search rankings withing Google.  Starbucks and the Economist are both good examples of large companies focusing on Google+ for SEO more than social purposes.  According to a recent post on Search Engine Land “Last Friday, a New York Times report on Google+ spotlighted Starbucks and The Economist as two brands currently using Google+ to impact search efforts.

Alex Wheeler, Starbuck’s vice president of global digital marketing, told The New York Times, “When we think about posting on Google+, we think about how does it relate to our search efforts.”

According to the The New York Times report, Starbucks has only three million Google+ followers compared to its Facebook page’s 36 million Likes. The New York Times says Starbucks, “Updates its Google+ page for the sake of good search placement, and takes advice from Google representatives on how to optimize Google+ content for the search engine.”

While The Economist’s senior director of audience Chandra Magee did say journalists at The Economist take advantage of Google+ features like Hangouts, she also commented on how Google+ improves the brand’s SEO efforts.

“There is potential there [on Google+] to help us get in front of new audiences,” Magee told the New York Times, “But it also helps with our SEO strategy because our posts on Google+ actually show up in our search engine results.”

The New York Times reports Google offers brands incentives to sign up on its social media network, giving companies with Google+ profiles, “Prime placement on the right-hand side of the search results, with photos and promotional posts.”

The New York Times says nearly half of 540 million monthly active users on Google+ do not visit the social network. When asked about Google+ integrations and the push-back Google received after it began requiring YouTube comments be made via Google+, Horowitz said, “We are attuned both to what people say and to what people do.””

You can read the entire article here.

Pegasus Online Marketing can help your business grow with Google+ and other social media sites.  Please contact us for a Free Consultation at (775) 624-9014.

Why Google Ads Will Make You More Money

How a Google My Business Listing Will Boost Your Company 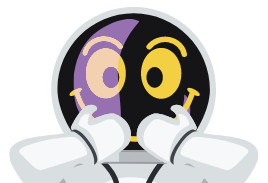 How can we help you?